The Bird on Nellie's Hat 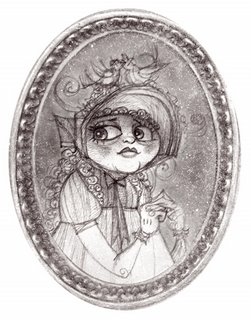 I love old, old songs and I think this one dates back to Music Hall days. I received a cd of music from 1907 for Christmas because it included a version of this silly little ditty about a golddigging socialite whose true motives are reviled by the stuffed bird perched on her hat. Funny stuff. I first heard it on the Muppet Show. A sample:

"I'll be your little honey, I will promise that,
Said Nellie as she rolled her dreamy eyes,
It's a shame to take the money,
Said the bird on Nellie's hat,
Last night she said the same to Johnny Wise,
Then to Nellie Willie whispered as they fondly kissed,
I'll bet that you were never kissed like that.
Well he don't know Nellie like I do,
Said the saucy little bird on Nellie's hat."
Posted by Wilson Swain at 5:30 PM 2 comments: